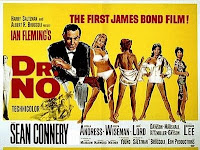 They other day I was asked “Do query letters work?” Yes they do.

But let’s define what a query letter really is. A query letter is just the first request by a writer to have some else read her script. That’s all it is. It may be verbal, a letter, an email whatever. Agents and mangers do read some new material.

And what does “Work” really mean. If it’s land an agent or manager, the query can’t do that. Only the script can. But, if “work” means get your script read…sure.

Query letters to people you don’t know are the least effective method. But they are a starting point so send out a ton; it’s a numbers game. However, don’t use queries to hide. Most people hate networking, but it’s by far the most effective way to get you and your material out there. So sure send out queries, but also network, network, network. Queries should just be part of your overall strategy.

1)Make sure your material is good enough to compete at the highest levels. Those are the only people we’re signing. Unfortunately far too many people who can type and have seen a few movies all of a sudden think they can write a screenplay. I can swing a baseball bat; it doesn’t mean I should be playing for the Dodgers. Plus you never get a second chance to make a first impression. If your script is less than 8/10, we’ll never read you again.

2)Find out how each company you’re submitting to takes submissions. Example: Above the Line does not accept queries via the mail or email, only via our website. And yet we get them in the mail everyday and they go strait into the round file.

3)Write a really good and concise letter. Check your spelling and grammar. If you can’t write a page, why should I think you could write 110 pages? Then stick it in a drawer for 10 days- don’t peak- then pull it out and re-write it.
4)Make all your communications personal- Never Dear Sir.

5)If you’re sending to prod companies, target those that make your kind of movie. Don’t send Joel Silver some tender coming of age drama.

6)After they pass, see if you can get some feedback. Ask them to be brutally honest, or send you the coverage if possible. If similar negative comments are coming back, stop immediately as your going to need to re-write your script or write something else that can sell.

7) If they honestly like your stuff, but it’s really not for them, call their bluff and ask them to refer you to someone who may like it. If they wont, they really didn’t like it and are just giving the Hollywood kiss off.
Posted by Bruce R Bartlett at 2:51 PM