IT'S TOUGH OUT THERE 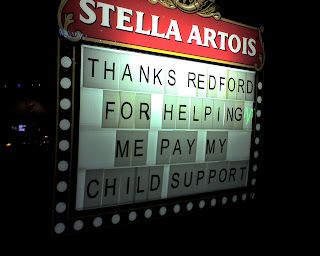 I include this portion of David Hayes article in today's Variety to emphasize the difficult environment indy film financiers and distributors find themselves in. Last year's Cinderella Coach (Hamlet 2) went for $10 million. However it promptly turned back into a pumpkin over the summer when it only grossed $5M. When you consider the marketing that went into the film's wide release, plus the $10M to buy it and the theater owners take, that's a loss of around $20 million, Ouch! Folks, that's real money, not the Monopoly stuff. If you're the type of person who slams the studios for being uncreative or short sighted, remember this financial loss before doing it again. Remember this is "Show Business," not "Show Art." And please think about the financiers' concerns when choosing what to write or which of your scripts to send to an agent, manager or producer. It's tough out there.

Industry dressing down for Sundance

Sundance, the first major fest to take place in the midst of the brutal economic downturn, is likely to be a more subdued affair.

There will still be the usual distribs scouting pics and sellers offering a full range of fare, but the overall noise level at the fest, running Jan. 15-25, is expected to be turned down a bit.

Organizers are marking the fest's 25th anniversary with special "storytelling"-themed events and Web content. Steven Soderbergh will sit on a panel seeking to answer the question "What next?"

That question has haunted the indie and specialty arenas of late. Despite the fall emergence of breakouts like "Slumdog Millionaire," "Milk" and "Doubt" at the mini-majors, the hangover from 2008 has lingered as vets absorb the disappearance of Warner Independent and Picturehouse and a big pullback by Paramount Vantage just three years after its euphoric "Hustle and Flow" Sundance moment. Add the breakdown of ThinkFilm, Bob Yari's release arm and other pure indies and the ground has shifted significantly underfoot.

Funding for pics is available, but the capital-intensive distribution and marketing sectors have been in dire straits of late.

"It just feels a lot tougher this year because so much is changing," said Bob Berney, who headed Picturehouse before it was unplugged last year by Time Warner. "Even so, I'm looking forward to Sundance just for the chance to see movies because it's often been a place of renewal."

The 10-day fest will see an array of preems, some for pics that are already spoken for, some not. For many trekking to the Wasatch Mountains, memories of last year's cross-currents remain fresh -- success stories like "Frozen River" and "Man on Wire" mixed with misfires like "What Just Happened?" and "Hamlet 2." Focus bought the latter for a record $10 million in an all-night bidding war, only to see it gross barely half that in wide summer release........ 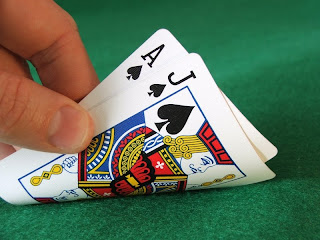 21 QUESTIONS TO KEEP YOU ON TRACK

It's pretty simple, if you can't clearly answer ALL 21 of these questions then you're not ready to start writing. A builder doesn't start a home without a set of blueprints. These questions will help you create your blueprints. I originally saw a list similar to this in UCLA's graduate film school, by now it's commonplace. Good Luck!

1. What is the GENRE and TONE you are establishing?

2. Who is your PROTAGONIST? What is most relevant about his or her BACKSTORY? Why does the story start today?

3. What is the most VALUABLE aspect of his or her ORDINARY WORLD?

4. What is your protagonist’s main CHARACTER FLAW?

5. What is the THRESHOLD to the crisis (see question 8)? The threshold will occur around page 9-14 of act 1.

6. Who/what is the ANTAGONIST? (introduced prior to the end of act 1)

7. What is the specific incident that occurs at plot point 1?

8. This incident will create a CRISIS in your protagonist’s life. What is the crisis? how does this crisis create a loss of his/her destiny ( DESTINY WANTED)

9. What ACTION does he take to regain control of his destiny? What is his MAIN GOAL or PLAN in the face of crisis? What will happen if this goal is NOT attained? What’s at STAKE?

10. What is the MIDPOINT of the plot? How do the STAKES ESCALATE in the middle of act 2? What UNFORSEEN OBSTACLE is now in the way?

11. What is Plot Point 2 (end of act 2)? What is the specific incident that changes the direction of the plot? That is, the original plan (set up at the end of act 1) is now found to be completely unworkable, and thus abandoned. What is the NEW PLAN?

12. How does this incident put your character at a CROSSROADS? What EPIPHANY does your protagonist have about his life that creates new choices about his destiny? (DESTINY UNWANTED)

13. What is the NEW GOAL that grows out of this epiphany? How does the goal differ from the goal stated in #9 above?

14. How do the STAKES INTENSIFY as a result of the epiphany?

15. What is the TICKING CLOCK or deadline by which this new goal must be accomplished?

16. What is the CLIMAX? What is the SHOWDOWN between protagonist and antagonist? How has the above character flaw been overcome? What TRUTH emerges?

17. What is the END place? How much and what gets wrapped up?

18. What is the THEME of the piece? What does the ENTIRE SCREENPLAY stand for? What do you want the audience to come away with?

19. What is the ULTIMATE QUESTION posed? That is, what question are you posing allegorically in Acts 1 and 2 that get answered in act 3? And, what’s the thematic answer?

20. What’s the HOOK of the movie? That is, what is the central scenario/premise of the movie and what is the inherent conflict of the premise? Example: A guy’s best friend becomes his worst enemy. Or: A man becomes a better man by pretending to be a woman.

21. What is your working title?


(Note: His And He Is Interchangeable With Hers And She)
Posted by Bruce R Bartlett at 12:06 PM 4 comments:

MARKETING DO I HAVE A GO FOR FILMING?

I met a writer for drinks last night. Not a client, a writer who I’d given some pro bono advice to in the past. This writer had come to L.A. with a degree from a prestigious eastern film school, worked at breaking into the business for 4 years, made little headway and now was moving back home.

We talked about the type of movies he liked to write and why it was so incredibly difficult, if not impossible to get anyone to pay attention to his work. Mind you this was not a discussion of the quality of his writing, just the subject matter. This writer hates violence and usually dislikes just about every film in the current top 10 box office, and his screenplays reflect this.

I pointed to a phrase my partner Rima often uses “Anytime a movie gets made, it’s a miracle.” There is a lot of truth in that. With the average cost of a studio film topping at over $70 million, a lot of people get to comment on whether or not your script should become a movie: Creative, Marketing, Legal, Finance, Producers, Actors, The Director, Budgeting, Distribution (Domestic & Foreign) etc, etc.

Unless all of these disparate groups find it in their own self-interest to make your movie, it won’t happen. So it needs to be a “win-win” for everyone, not just the writer.

You might want to think about this when choosing your next subject.
Posted by Bruce R Bartlett at 11:49 AM No comments:

WHAT SHOULD I WRITE? 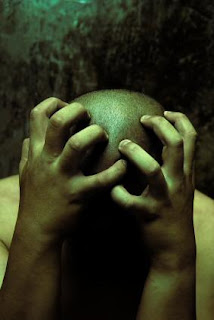