Hollywood rethinks use of A-list actors 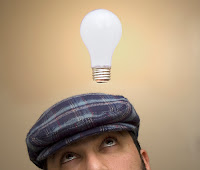 This is great news for a smart screenwriter. It gives him more control over whether or not his film is made and allows his great idea (if well executed) to more freely compete with screenplays by better known writers.

Nov 13, 2009
Hollywood studios are now thinking twice about splurging on A-list movie stars and costly productions in reaction to the poor economy, but also because of the surprising success of recent films with unknown actors.

After buddy comedy "The Hangover," a movie with a little-known cast, made $459 million at the global boxooffice this past summer, several films have shown that a great concept or story can trump star appeal when it comes to luring fans.

"District 9," a low-budget movie in which the biggest stars were space aliens treated like refugees and the lead actor was South African Sharlto Copley, made $200 million. Thriller "Paranormal Activity," starring Katie Featherston and Micah Sloat, has cash registers ringing to the tune of $100 million.

Next up, on Nov. 20, comes Summit Entertainment's relatively low-budget ($50 million) franchise movie "The Twilight Saga: New Moon," a sequel to 2008 hit vampire romance "Twilight" which made global stars of Robert Pattinson and Kristen Stewart. Online ticket sellers report "New Moon" is one of their highest presale movies of all time, and boxoffice watchers expect the film to have a smash opening.

"Nobody says that a big wonderful movie needs to be expensive, it's just that that's been the trend, and perhaps the trend is misguided," said USC cinema professor Jason Squire.

Aside from Carrey and "Carol," which cost at least $175 million, A-listers who suffered boxoffice flops recently have included Bruce Willis ("Surrogates"), Adam Sandler ("Funny People"), Will Ferrell ("Land of the Lost"), Eddie Murphy ("Imagine That") and Julia Roberts ("Duplicity").

"The (major movie) machine didn't fly last summer, if you look at the movies and the names, they were not star-driven movies, they really weren't," said Peter Guber, chairman of Mandalay Entertainment and former head of Sony Pictures.

Hollywood insiders say A-listers are having trouble with salary demands in the $15 million range or participation approaching 20% of gross profits -- deals that were once somewhat common for top talent. Instead, they are being asked to take less money upfront and greater compensation only if a film breaks even.

In "New Moon," Pattinson and Stewart rekindle their romance between an immortal vampire and a high school girl that they brought to silver screens in last year's adaptation from Stephenie Meyer's "Twilight" books.

At the time, Pattinson and Stewart were unknown stars but that did not hurt "Twilight," which made $384 million at global boxoffices and gave Summit a bona fide franchise.

It's not unusual for franchises like the "Harry Potter" movies to begin with unknown actors, but as the films' popularity takes root, production budgets relax and actor, producer and other salaries soar.

But in recent years, Hollywood has been racked by the recession, competition from video games and the Web, declining DVD sales and fewer licensing deals with television networks

This week, Disney chief Bob Iger said in a conference call that the sluggish DVD market is one reason the major studio has altered its moviemaking. "It causes us to really reconsider not only what we're investing in our films, but how we market them and how we distribute them," he said.

For its part, fledgling Summit has positioned "Twilight" as a franchise for the recession era by keeping the pressure on the costs for "New Moon," and Hollywood producers are praising them for it.

"Good for them, they are really keeping the costs down. It is unusual," said Lauren Shuler Donner, a producer on the "X-Men" films and 2008's "The Secret Life of Bees."

Summit, whose executives declined to be interviewed, took a page from the playbook of "The Lord of the Rings" by shooting the second and third films back-to-back this summer.

When director Peter Jackson made his three "Lord of the Rings" films simultaneously 10 years ago, it was a novel idea that reduced costs because actors, sets, costumes, locations and other items only had to be assembled and paid for once.

Similarly, by shooting the next two "Twilight" movies together, Summit kept the cost of the third film, "Eclipse," due June 30, around $60 million, one source said.

"What I like is they didn't have a long window (between films), they went in to make a franchise, they didn't go in to see if they had a franchise," said Warren Zide, producer on the "American Pie" and "Final Destination" movies.
Posted by Bruce R Bartlett at 12:22 PM