I love Ryan's model on individual films because of its simplicity and as he puts it at the end of this article it attempts to "align everybody's interest." That's just good business management regardless of the industry. You always want to align your key stakeholders incentives so they are all working in the same direction... the success of the project/division/company etc. or in this case, the film. Also the extremely important point that is never mentioned in this article is the creation of TRUST and the destruction of the "Hollywood Accounting" system. Ryan's model only works if the accounting is honest so the participants get their fare share and feel they can trust the system. That's the whole reason reps preferred gross deals. Gross deals protected them and their clients (notice the order)from B.S. accounting that never paid out.

Noting this, I'd be remiss if I didn't mention the slate deals between hedge funds and studios (Sony, Universal, Warner Bros.) such as Gun Hill I & II (Which Kavanaugh brokered), from which returns have so far failed to live up to expectations. Earlier this year when hedge funds were facing record redemptions, they were reportedly selling off chucks of these funds for 30 cents on the dollar. Though without the inside data it's impossible to know for sure, it appears that these failures often happen after a studio has kept its best (most probably profitable) franchises for itself. This puts the whole concept behind these film funds in jeopardy as they are based on assumptions regarding risk and return. If the studio keeps a Harry Potter or Spiderman out of the portfolio, then the assumptions of portfolio risk were too low and the assumptions about cash flow were too high. A recipe for disaster in any investment, and a further representation of the studios continuing inability to deal with their investing partners on an honest basis. That being said, I also have to place some of the blame at the feet of these hedge fund managers for negotiating poor deals and assuming they were taking a "Random Walk Down Hollywood Blvd."

Which brings me back to Ryan and the way he finances individual films. If Ryan's spreadsheets continue to tell the truth, I believe he'll continue to finance a lot of films this way. 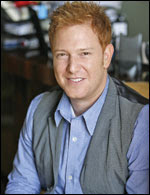 When Ryan Kavanaugh accepted Producer of the Year honors at the Hollywood Film Festival on Oct. 26, attendees at the Beverly Hilton watching the baby-faced 34-year-old could be forgiven for wondering, "Who is this guy and how is he able to make so many films when others are in retreat mode?"

Via slate financing deals, Kavanaugh's Relativity Media is underwriting chunks of Universal and Columbia slates. His company's separate single picture business is also becoming a destination for talent with projects that have no studio deal because they are considered too offbeat, too risky, or too grownup.

The concept is hardly new, and Relativity Media isn't the only one using it. Lionsgate, for instance, is aggressively pushing its own program, which has landed deals with Paul Haggis and Stephen Gaghan.

The biggest surprise is how prolific Relativity is with this program. In the past four years, he's used some form of this formula on 30 films.

Discussing the pay arrangement for the first time, Kavanaugh tells Variety that Relativity Media now uses variations of that risk-sharing formula in nearly all its films, and he predicts the concept will filter over to the slate financing.

Kavanaugh still makes some first-dollar gross deals, but nearly every pact now involves some give-back that has created an express lane to recoupment.

Though he had nothing to do with either film, Kavanaugh's sales pitch has been made easier because of the success of "Yes Man" and "The Hangover," both made with Warner Bros. By taking lower salaries (which helped lower their films' budgets), Jim Carrey and Todd Phillips have taken home checks, respectively, for $35 million and $45 million.

The principle, he says, is "treating talent as partners, not third-party hires."

Most of these deals are done under the radar, since reps don't want to advertise their clients are working for as low as $250,000. However, Steven Soderbergh didn't mind admitting that he'd waived his salary and gross for the espionage thriller "Knockout." That gives Kavanaugh a Soderbergh-directed action film for $20 million, and it gives Soderbergh an ownership stake somewhere above 25% but below 50% -- depending on whom you ask -- once Relativity recoups its budget, P&A and interest costs.

The discount system works best when the star or director can't get the picture made at full price. Warner Bros. would not have made "Yes Man" for $75 million and a 25% gross payment to Carrey, but the actor liked the project enough to take a risk. WB would only give Phillips $34 million to make "The Hangover" with an unproven cast, and the director had to kick in his fee to make the film his way.

Soderbergh wanted his "Knockout" star to be Gina Carano, viable in the mixed martial arts ring but not at the box office. Soderbergh's equity play gives him the latitude to entice the name actors he'll need to surround Carano.

Kavanaugh says Paramount balked at the budget for "The Fighter," but he made it for half that price because David O Russell, Mark Wahlberg, Christian Bale and Amy Adams are participants. He also claims "Brothers" is in profits before it is even released, because Tobey Maguire, Jim Sheridan, Jake Gyllenhaal and Natalie Portman are participants. He similarly brags about the profit potential of other films due to the participant scheme: "Magruber," The Nicholas Sparks adaptation "Dear John," (Channing Tatum, Lasse Hallstrom, Amanda Seyfried and Marty Bowen) "The Spy Next Door" (Jackie Chan, Brian Levant and Bob Simonds) and "Season of the Witch" (Chuck Roven, Nicolas Cage and Dominic Sena).

Observers skeptical of Kavanaugh's approach say only time will tell if his bets work, and they suspect he's more in love with making deals than in the quality of movies. Talent will only get rich if the films make money. And several dealmakers said that if given a choice between a risk-reward deal and a studio pact, they'll take the latter.

And, at a time when the Producers Guild is again repeating its mantra that the "producer" title is being given too freely, some wonder if the self-admitted money man should be recognized as a producer (much less Producer of the Year).

Kavanaugh disputes the notion that his deal is a consolation prize to studio pacts.

He says Relativity is already seeing better projects as the formula catches on.

"This was a difficult sell at the beginning, when reps couldn't grasp the models, but we've proven it works, and we can show talent how they can make more in upside," Kavanaugh says. He seeks out established filmmakers and doesn't tell them how to make movies, as studios do. When he or his lieutenant Tucker Tooley get involved, they are more apt to come armed with spreadsheets than script notes.

"We had one instance where a cut came in at two hours, 30 minutes, and the director told us, I can't cut anything more," Kavanaugh said. "We delivered a spreadsheet and said, 'here's how much less you will make at the box office, compared to what you would make if it was one hour, 50 minutes, which means one more show a day. Without further discussion, that film was delivered at under two hours.

"If you could convince a director that every penny being spent is half his penny, it does make an impact," Kavanaugh said. "Suddenly it's, 'Do I need to have this crane around for the entire shoot? Do I really need those 20 extras?'

Eric Gold, Carrey's co-manager who helped construct the "Yes Man" deal that became a template for "The Hangover" deal, predicts that these risk-sharing pacts are the future, because the old $20 million against 20% gross deals are hard to come by, and because the new deal paradigms give talent access to 100% of DVD revenues, worth a potential fortune even in a flattening DVD market.

"The DVD royalties that studios paid first-dollar gross stars was like Elvis getting a Cadillac from Col. Parker, but now there is real opportunity for those willing to take a little downside risk," Gold says. "Our deal led to 'The Hangover,' and it's now spreading. There is an inflection point in all these deals and into an artists' sweet spot. But God is in the details here. These deals are very complex and while people might be told they are getting the 'Yes Man' deal, quite often, they aren't."

Dealmakers said they have to negotiate to remove as many fees and obstacles as possible that can delay the trigger for talent paydays. Kavanaugh dismisses the skepticism that his and other deals contain fees that get between talent and their monies. He said his formula isn't that complicated. Talent earns after Relativity recoups budget, interest charges, P&A, sometimes a low distribution fee, and out of pocket costs. Kavanaugh said that because distribution goes through Relativity-owned Rogue or Lionsgate, those costs are contained.

These risk sharing deals with talent are constructed differently. Kavanaugh's deals are rather straightforward: The talent gets a percentage of the revenue after the picture breaks even. But in the case of Warner Bros.' deals with Carrey and Phillips, each of whom waived their upfront salaries, they took on something akin to the role of a financier. They were paid percentages

Kavanaugh expects his program to grow because the old system had to change.

Said Kavanaugh: "In what other business would the principal investors and shareholders be willing to lose a fortune on an investment, and then write the equivalent of bonus checks for tens of millions of dollars? Our structure is to align everybody's interest and properly reward them. We want our money back, and then you can own the movie with us.
Posted by Bruce R Bartlett at 7:42 AM