THE DEVIL MADE ME DO IT 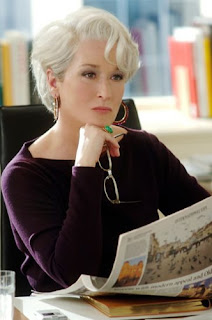 I'm really struggling with what I'm about to write. On my right shoulder is an angel who wants me to encourage all comments, say everyone's opinion matters, clap my hands and say "good job" after my infant son pulls a bugger out of his nose. Then there's the daemon on the left. Jack Daniels in one hand, cigarette in the other who whispers "are you f*@#ing kidding me? Who's the kid off the short bus?"

I'm going with him this morning. Time for some tough love.

Some of these comment read like part of Amy Adams' dialogue in the first act of Enchanted. It's in no way based in reality. I apologize for what I am about to write.

Delusion #1)"it shouldn't be based upon whether one is able to pay " Reality: first of all this is hypothetical to make you guys think outside of your preconceived notions, second "should" has nothing to do with it. "Should" is always how we would like it to be. "Is" is what matters, and currently there IS not a great incentive for representatives to read you stuff.

Delusion #2 "doesn't guarantee that the script has any more merit" Reality: Yes it probably would, as bad writers would do a better job of self-censoring for fear of losing money.

Delusion #3) "kind of like digging for diamonds. One is paid very handsomely once the perfect stone is unearthed.” Reality: Writer pay across the board at all studios is down.... SIGNIFICANTLY. Assume 2/3rds of that diamond just disappeared. Now that diamond sells for less than the average home in Southern California.

Delusion #4) "but that agent/manager is always on the lookout for new untapped talent." Reality: Why????? Why would a rep want to spend time looking at no-names rather than work promoting his clients who are proven $ producers?

Delusion #5 "if a writer knows in his/her heart that the script is truly marketable and profitable and sees the end product through creative as well as business eyes, then no money could possibly pay for what one believes in." Reality: Oh my god, did a blue bird just land on my shoulder, and are there butterflies in my office? Let me list of a few other "true believers" Gen. George Armstrong Custer, the Light Brigade, Soviet troops in Afghanistan, the Jamaican Bobsled team, and presently my alma mater UCSB Basketball team going to the NCAA's as a 15 seed. Most writers don't have the knowledge or experience to be able to accurately make that judgment call. And if they are wrong, they waste years of their life pushing a rock up a hill.

Delusion #6)"there is also something to be said about struggle and having the drive and belief in not only oneself, but in one's script." Reality: NO, there is not. It's really tough enough for writers already. We don't need to make it any harder.

Delusion #7) "everyone has heard of at least one Hollywood movie which was considered nothing ...and ... goes on to become a blockbuster and award winner.” Reality: Not really, blockbuster and award winner????? Maybe one or two, but that would be out of the universe of 100's of thousands or millions of projects people have attempted over the years. Do you want to base your career on a 1/million??

Delusion #8) "no one has a crystal ball as to how any project will turn out." Reality: Yeah actually we do. We use our experience working in the trenches to predict what will happen. And more often than not... we're right.

People, we, your representatives, are getting pounded out there on your behalf. It's the worst it's ever been since I got in the business in 1994. That year The Long Kiss Goodnight sold for $4 million. Today, that script would be passed on and the producer told, come back to the studio when you have Hugh Jackman. And even then the payday would be 350/500, not 4 million.

Please wake up. Help us, help you.

This discussion is not about the specific dollar amounts.......

Example, many writers can't or won't get their heads around this concept and yet would gladly work for a subpar producer at minimum wage or free in hopes of furthering their career. When you add up the lost income from working at a reduced rate in exchange for this producer reading your script after working there for months, the cost (in both $ and time) is vastly higher than anything I've suggested here.

This reminds me of a discussion I had in 2008 regarding why so few homes we're selling here in So. Cal. Buyers look to the future. They look at how the home will appreciate or depreciate while they own it. Sellers look to the past. They remember how their neighbor sold his home for $750,000 in 2005 and they are not willing to accept a penny less. This Seller has failed to acknowledge the market has changed and watches his overpriced home sit for two years until finally in an act of desperation reduces it to $695k, but it too late and the home goes into foreclosure.

Writers are doing the same thing. They are looking to the past for examples of what to do in the future without acknowledging that the market has changed and the old ways are no longer as effective as they once were.

As for the Ivory towers and telling writers not to pay. I'm guilty of being part of that chorus in the past, but I'm now screaming to the mountain tops for you guys to realize that times have changed and whether it's paying $ to a REPUTABLE group (I'm astonished by how many of you can't wrap your heads around the concept of paying for quality, ethical labor) or baby sitting for a directors kids in exchange for him reading your script and giving feedback, or getting it read via a website you build or making friends on LinkedIn or facebook or bartending where agents hangout or whatever, do whatever it takes. Stop judging on style and only look at results. If it’s effective, do it. If not don’t. Most of the people in Ivory Towers are decades away from the reality you face.

Yes the cream rises.... if it gets read. The exercise was the equivalent of saying you could take the stairs to the top of Mt. Everest to speak to an agent or ride the elevator for $, Alan, I'll take the elevator.

As for what it says about Agents and Managers, it says the same thing it always has that, with the exception of a few idiots like me who doll out free advice, they will always do what is in THEIR OWN self interest.

When David Geffen was recently asked why he had chose the music business, he said that it was simply because he liked to make money and in the 70’s, 80’s and 90’s it was relatively easy to do in music.

I also have to point out that it's kind of sad that when I post information about surging red box sales, which is the WWII equivalent of the Germans capturing the British Isles and New York, there's not one comment. And yet when I pose a mere hypothetical about increasing cost for writers, comments and readership go through the roof. Trust me redbox, netflix and the like are a far bigger threat to you writers.
Posted by Bruce R Bartlett at 10:05 AM